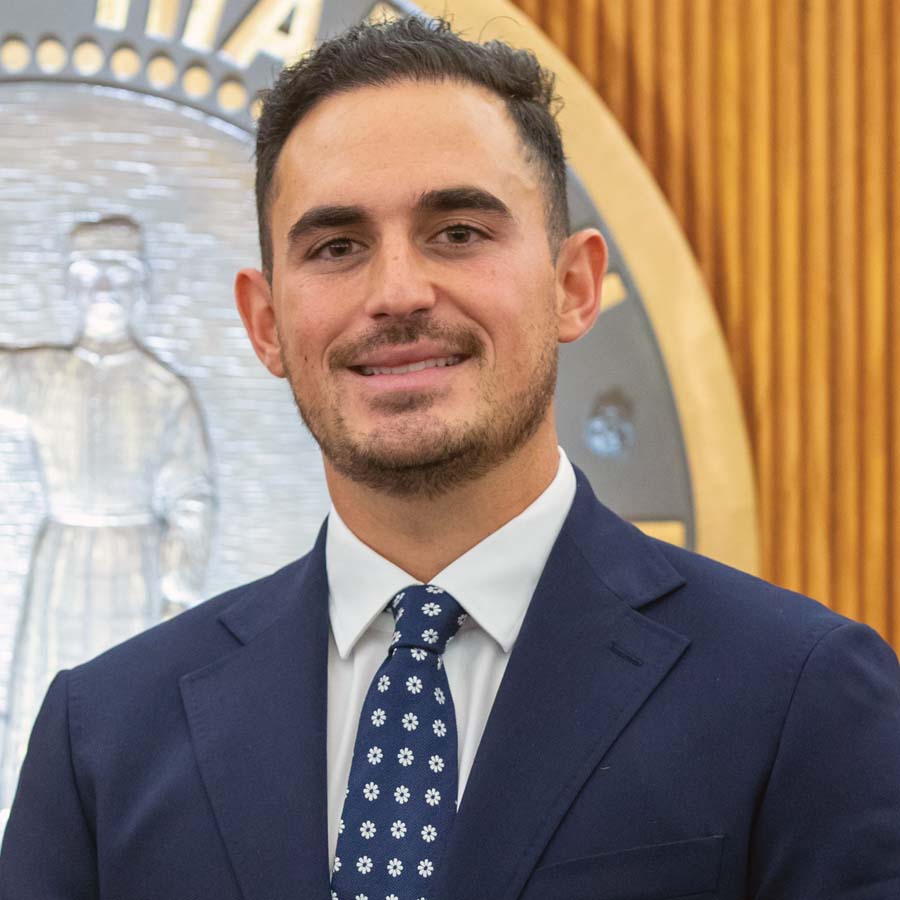 Councilman Oscar De La Rosa was raised and has been living in the City of Hialeah for over 23 years. Oscar De La Rosa attended Immaculate Conception Catholic School for elementary and middle school and graduated from Christopher Columbus High School in 2011. His parents instilled the values of hard work and dedication, his mother, Viviana, has worked in the public sector for over 20 years while his step-father, Esteban., has served his community as a public servant for over two decades. His parents played a vital role in his desire to serve his community and provide a transparent form of government for the City that raised him. It was his mother’s vision and hard work that has really showcased the reality of the American Dream to him.

Oscar De La Rosa is a graduate of Florida International University with a Bachelor of Arts in International Relations before obtaining his Juris Doctor degree from St. Thomas University School of Law.

Councilman Oscar De La Rosa is an advocate of transparency in government and believes every resident should have easy access to do business with government.

Adding to his job as a City of Hialeah Councilman, Oscar De La Rosa began as an attorney with the Lasarte Firm which specializes in Real Estate Development, Zoning and Land Use matters. He is an active Florida Real Estate Broker and focuses his main attention on real estate development issues and finding solutions to improve responsible development.

Oscar De La Rosa is the President of Little Steps Foundation, a 501(c)(3) that was founded to help low income families and victims of human trafficking. The foundation holds an annual toy drive that raises funds and donations for under privileged families.