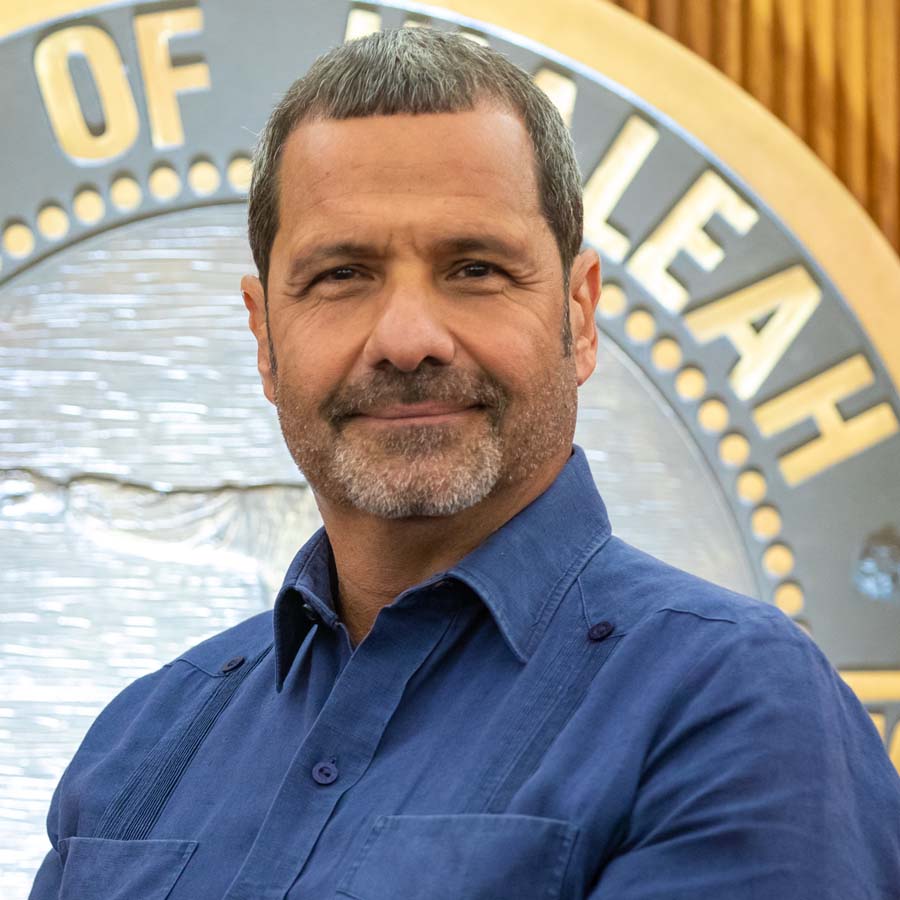 Councilman Carl Zogby was born in Union City, New Jersey, on March 9th, 1962. He is the third and youngest child of Cuban parents, who had migrated to the United States in the 1930s. His father was a World War 2 U.S. military veteran and his mother was a school teacher.

Although born and raised in New Jersey, he always dreamt of moving to Hialeah because of his fond memories of summer vacations spent here during his childhood and adolescence. Finally, in July of 1984, at 22 years of age, he moved here when he realized the vibrant employment and living opportunities available in Hialeah, where he has proudly resided ever since.

For several years, he managed a family owned retail jewelry business on West 49th Street in Hialeah, and in 1994, Carl began his career with the City of Hialeah Police Department. He retired from the police department, 23 years later, on November 2017. While employed at the department, he served in the Communications Division, Uniformed Patrol Section, D.A.R.E. unit, Internal Affairs and spent his last 11 years as the Executive Assistant to the Chief of Police, which included the duties of Police Information Officer.

Councilman Zogby retired from the Police Department one day after winning the election for a Council seat in Hialeah; another dream come true for him.

He honorably served his City for many years and wants to use his experience, as Community Liaison and head of the Neighborhood Crime Watch Section, to continue to serve his neighbors by providing the best quality service and highest level of leadership they rightfully deserve.

Councilman Zogby believes the dynamic population of Hialeah makes it a great city and the best in Florida. He also firmly believes the right government is currently at the helm to steer the City into even greater accomplishments and growth. "Hialeah's best days lie ahead, and as President Ronald Reagan once said, if you like what you see, stick around, ‘You ain't seen nothing yet'!"