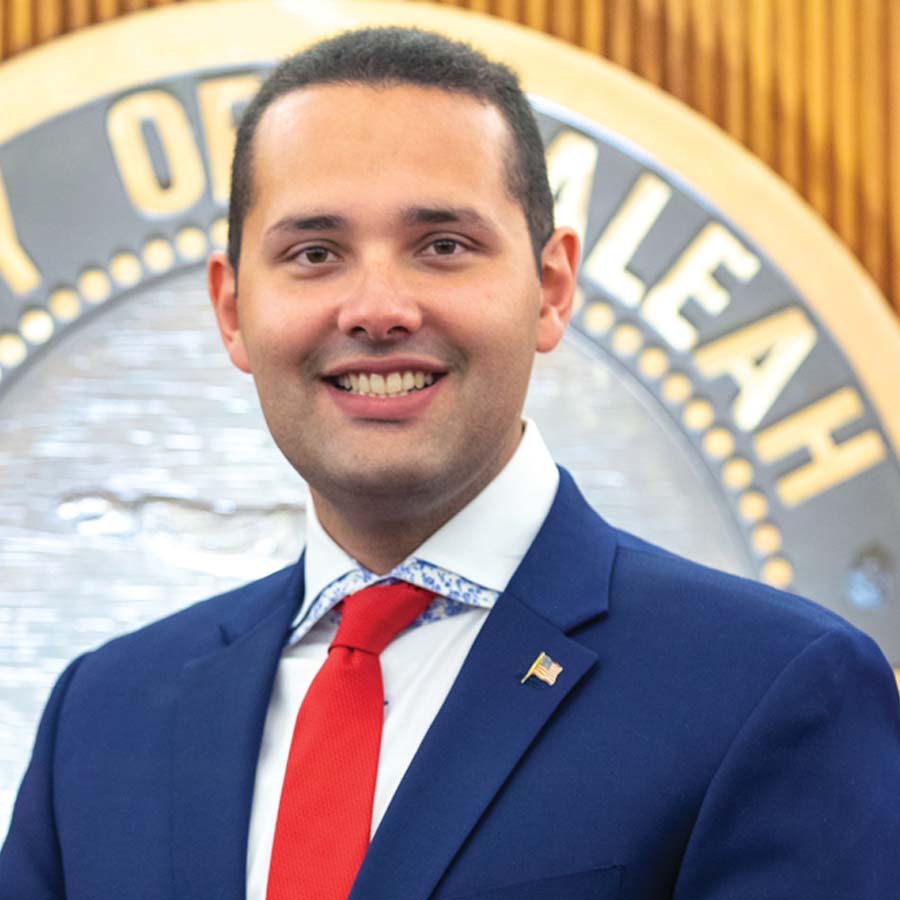 Councilman Bryan Calvo is currently enrolled in his third year at Florida International University College of Law. The study of law has better equipped him to serve the residents of Hialeah by giving him the tools to analyze city ordinances and contracts with a legal perspective, ensuring Hialeah residents receive the quality services they deserve.

Bryan graduated from Harvard University with a Bachelor’s degree in Government and a Language Citation in Italian. He was accepted to Harvard in one of the most competitive years in Harvard’s history, with over 40,000 students applying for 1,500 spots. Even with a 95% chance of being denied, Bryan was accepted and was awarded a full ride scholarship for his four years.

During his time at Harvard, Bryan was a Senior Staffer of Harvard Model Congress, an active member of the Institute of Politics, and President of the Harvard Candela Salsa Team. His time at Harvard, studying government with a specific interest in administration and local politics, gives him an unmatched level of experience to tackle the issues Hialeah faces.

During the summer before his senior year, Bryan applied and was accepted as one of only 120 students around the United States to be part of the selective White House Internship Program. He was assigned the Office of Intergovernmental Affairs.

Throughout his time in the White House, Bryan learned first hand about the difficulties affecting cities around the country by talking to mayors and commissioners and the leading solutions to these problems. He got the opportunity to meet and hear from key White House officials including: the Attorney General, Secretary of Defense, Secretary of Interior, White House Chief of Staff, the Vice President, and the President of the United States.

Bryan attended Westland Hialeah Senior High School where he graduated top of his class and over his four years received numerous awards and recognitions for his leadership, community service, and academic work.

Over the course of his High school career, Bryan logged more than 1,000 hours of community service serving Hialeah and Miami-Dade residents in everything from Art on Palm to park cleanups. Bryan was also proud to serve as the President of three student organizations: the National Honor Society, Mathematics Honor Society, and the Italian Club.