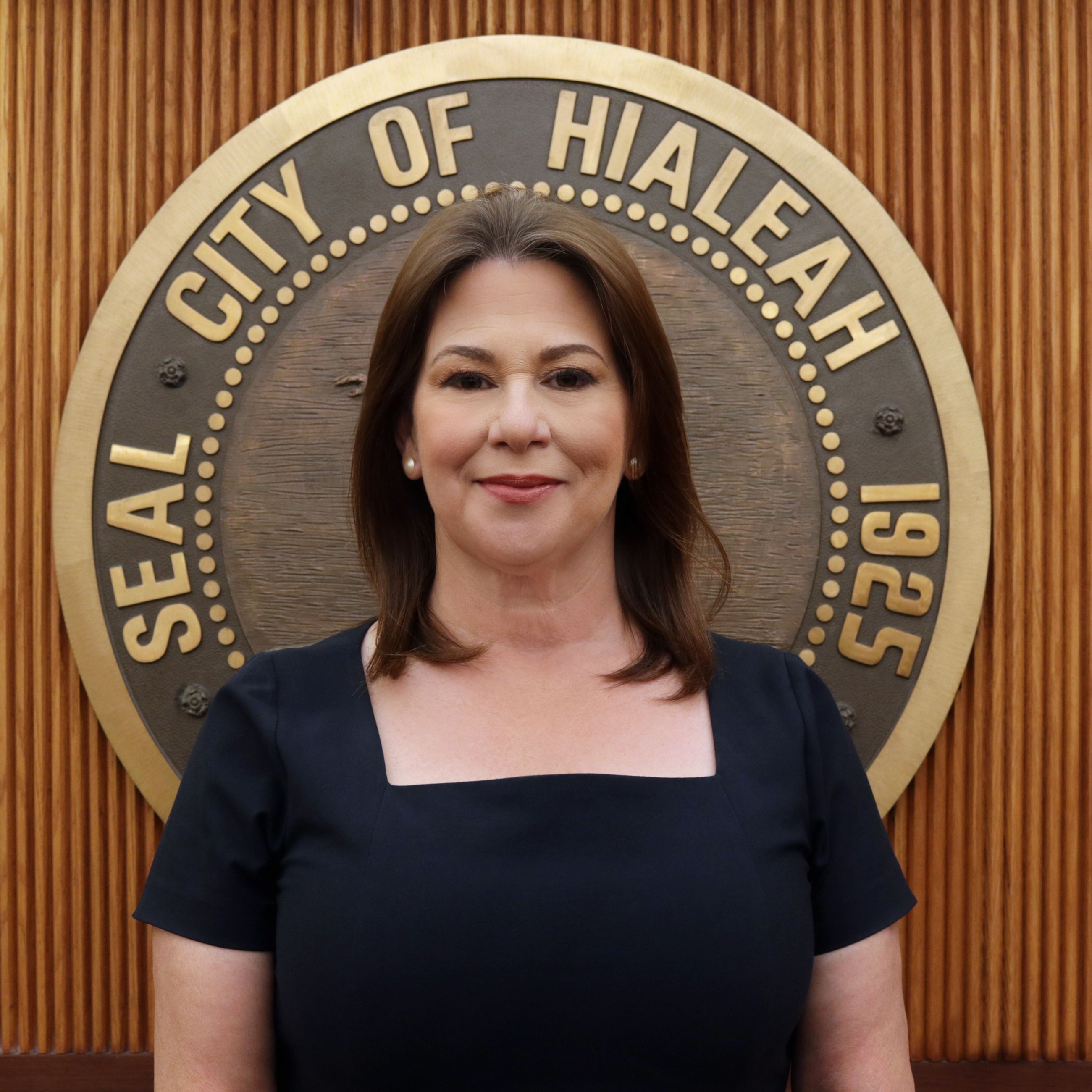 Councilwoman Vivian Casáls-Muñoz , born in Miami and raised in Hialeah since the age of four, has always had pride in this great City. A product of the public school system in Hialeah, she attended Palm Springs Elementary, Hialeah Middle School and Hialeah High School.

Vivian has two children, Christopher, and Matthew.  Ironically, her parents moved to Hialeah from Kentucky because of the farms and cattle ranches that they were accustomed to. Councilwoman Casáls-Muñoz says “Growing up in Hialeah, my mother always said, ‘Once you’re in Hialeah you have no reason to leave, everything you want is here.’ She was right; I am still here and have no reason to leave. My parents raised their children and grandchildren here and I am hoping to follow in their footsteps.”

Vivian has worked in the real estate business since graduating from Hialeah High School in 1984. She owns and operates a title company in Hialeah.

Continuing her commitment to the City, Vivian was nominated as a member of the City of Hialeah’s Historic Preservation Board.  She is very passionate about conserving the history of our remarkable City. With her strong beliefs in community service, she has continued to volunteer in various sponsorship committees and has raised money for the Kiwanis Club of Flamingo-Hialeah.  She values the idea of giving back to her community which has given her so much.

On November 14, 2006, Vivian was nominated unanimously to serve as City Councilwoman.  She was sworn in on November 28, 2006, by Judge Ana Pando, a lifelong resident of the City of Hialeah.

As a parent, she is involved in the same schools she once attended. She has volunteered her time in the classrooms as an aide to the teachers, has been an active member of the PTA and served on the PTA Board as well.

She was on the board of the Educational Excellence School Advisory Council (ESSAC) for two years and participated in the Miami-Dade County Public Schools Listener Program.